The later kick off sees Manchester United take on St Etienne at Old Trafford, in what will be a good test of Mourinho's squad coming into the business end of the season.

The Red Devils are in great form and barring the defeat to Hull they have been a difficult side to break down, the only frustration has been the amount of draws.

St Etienne come into this match in good form, they enjoyed a thumping win at the weekend and will be looking to make their mark in Manchester on Thursday night.

Manchester United welcome St Etienne to Old Trafford in the Europa League, with a place in the last 16 at stake.

United come into the match on the back of a 2-0 win at home against Watford, with United securing another well-needed win.

It was another excellent result for Mourinho's men, who are now within touching distance of the top four.

Juan Mata (32), opened the scoring for United, with the Spaniard registering his 10th goal of the season.

Anthony Martial (60) scoring on his first start for some time, with the young Frenchman enjoying an excellent game.

Manchester United have been on an excellent run since the Chelsea defeat, they are now 16 games unbeaten.

United will be delighted with the change in fortunes, they look to finally be pressing on under new manager Mourinho.

The Europa League matches will provide a tough test of his squad, with the Red Devils not playing a Premier League match until March.

They have had a mixed run of results in the Europa League to date, with four wins and two defeats in their group stage campaign.

Manchester United come into this match as favourites, with their pedigree and home advantage informing the odds.

This will be a tough fixture for Jose Mourinho's side, with the French side in excellent form after their weekend win.

The Red Devils will be looking to make it 5 wins in the Europa League, and progress to the last 16.

St Etienne come into this match in excellent form, with a 4-0 win against Lorient in Ligue 1 at the weekend.

Perrin (18) opened the scoring for the hosts, with the home side grabbing a goal early on in the match.

The Frenchman have had an excellent season so far, they are on the cusp of the top four, with just one point separating them and Lyon.

They have had a mixed bag of results in their last six matches, with four wins and two draws in both the league and cup.

St Etienne did finish top of Group C, one point clear of Belgian side Anderlecht, their prize is a two-legged bout against United.

The French side come into this match as the underdogs, with home advantage informing the bookies.

St Etienne will be looking to avoid their fourth defeat in the Europa League this season, with United losing just twice this season.

This is the first meeting between the two sides in the Europa League, St Etienne will be looking to cause a huge upset by winning at Old Trafford.

The second fixture sees the early kick off between Belgian side Gent and Tottenham Hotspur.

The Belgians are struggling in their domestic league this season, currently languishing in eighth and will be looking for a welcome boost in Europe to give some context to their season.

Tottenham come into the match on the back of a tough defeat at Anfield, with SPurs yet again failing to beat a top six side. They will be looking to put in an improved showing in Europe having whimpered out of the Champions League.

Gent welcome Tottenham to the Ghelamco Arena in the Europa League, with a place in the last 16 at stake.

The Belgians come into the match on the back of a 1-0 defeat at home against KAS Eupen, less than ideal preparation going into this match.

It was a poor result for Gent, who now find themselves in 8th position in the Belgian First Division.

They find themselves narrowly off the top six, with just one separating the sides in 8th and 6th.

AA Gent have been on a mixed run in their last six matches, with two of every result coming, they need consistency.

Their last win came a fortnight ago, against Champions League side Club Brugge at home, in a comfortable 2-0 win.

The Europa League matches will provide a tough test for the Belgian side, with Tottenham fresh from their Champions League campaign.

They have had a mixed run of results in the Europa League to date, with two of every result as well.

Gent come into this match as favourites, with their home advantage holding little sway with the bookies.

This will be a tough fixture for the home side, with Tottenham in excellent form despite their recent defeat.

The Belgians will be looking to register their first ever win against Tottenham, a win is a minimum requirement at home.

Gent are 7/2 with Kalifa Coulibaly and Jeremy Perbet at 15/2 to score first. 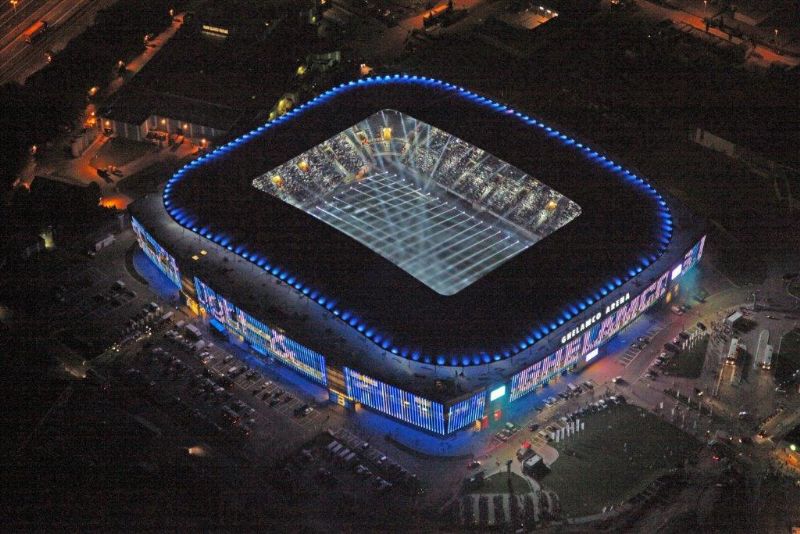 Spurs come into this match on the back of a 2-0 defeat against Liverpool on Saturday, with Tottenham struggling again.

Tottenham were undone by two goals in two minutes in the first half, from the returning Sadio Mane (16, 18).

It was another poor result and performance from Tottenham, they have looked short of confidence in recent matches.

The matches against Sunderland, Middlesbrough and Wycombe have seen them get something out of matches despite not playing well.

Tottenham have had a good league season so far, they have endured a horror show in Europe though.

They are in excellent form despite the Liverpool loss, that was their first defeat this year after a perfect winter period.

Mauricio Pochettino will have been delighted with their recent form, they will be looking to bounce back in this match though.

It remains to be seen how much of a priority this will be for Spurs, with the Premier League and FA Cup taking precedence.

Tottenham come into this match as favourites, with their excellent season and pedigree informing the odds.

This will be a tough fixture for Pochettino's men, with Tottenham less than convincing away from home in Europe.

Tottenham will be looking to register their first win in the Europa League this season, a win away would be vital to progression.

Tottenham are 4/5 with Harry Kane at 7/2 to open the scoring.