Monaco welcome Manchester City to the Stade Louis II in a huge Champions League match, with a place in the Quarter-Finals at stake.

The French side come into this match on the back of a 2-1 win at home against Bordeaux.

Mbappe Lottin (68) opened the scoring for the hosts midway through the second half, after a cagey opening forty five.

Bordeaux pulled one back through Diego Rolan (84), with just six minutes of normal time remaining.

Although it made the remaining six minutes uncomfortable Monaco held out for all three points.

Tie Of The Round

Monaco have been in excellent form since the first leg defeat to City, with four successive wins.

Wins against Bordeaux, Nantes, Marseille and Guingamp have seen them take a three point lead at the top of Ligue 1.

The first leg against Manchester City was the tie of the round, with an incredible eight goals scored in 90 minutes.

Monaco will feel like it was an opportunity missed, with the visitors 3-1 up at one stage but a 2-0 win will see them progress.

The match against City sees Monaco emerge as underdogs, despite home advantage and their excellent first half showing at the Etihad.

A 2-0 win will mean they progress to the Quarter-Finals, with Real Madrid, Barcelona and Bayern Munich confirmed.


Pep Guardiola's side come into this match on the back of a 2-0 win away against Middlesbrough in the FA Cup.

They got off to the perfect start, with David Silva opening the scoring for the visitors in the 3rd minute.

Sergio Aguero (67) doubled the scoring for the visitors in the second half, with Middlesbrough creating nothing of note.

It was another fantastic result for Manchester City, who continue to to battle on three fronts in Guardiola's first season.

Manchester City come into the match in great form, they are unbeaten in their last six matches.

A win in this match will mean they are in the Semi-Finals of the FA Cup and the Quarter Finals of the Champions League, as well as third in the league.

It will take a great effort from Monaco to overturn the 5-3 deficit, with a 2-0 win their only hope of progression.

Manchester City go into this match as the favourites, with their first leg win informing the bookies.

They will be looking to register their sixth win in the competition, with a place in the Quarter-Finals at stake.

City will be looking to maintain their 100% record against Monaco, having won the first leg 5-3.

Atletico Madrid welcome Bayer Leverkusen to the Vicente Calderon in a huge Champions League match, with a place in the Quarter-Finals at stake.

Diego Simeone's side come into this match on the back of a 1-0 win away against Granada.

Antoine Griezmann (84) scored the only goal of the game for the visitors, with just six minutes remaining.

To add insult to injury Mubarak was sent off for Granada in the 94th minute, ensuring it was a miserable day for the hosts.

The win moves Atletico up to fourth in La Liga, they have failed to perform consistently in the league this season.

Atletico Madrid have been in excellent form of late, with four wins in their last six matches.

They have lost just one match during that period, with a 2-1 defeat against Barcelona their only blemish.

Simeone's men scored four in the first leg at Leverkusen, barring a miracle they will be through to the next round.

They come into the tie in complete control, having scored four away goals in Germany without reply.

The match against Bayer sees Atletico emerge as favourites, with their excellent European form finding favour with the bookies.

Another win will mean they progress to the Quarter-Finals, with Real Madrid, Barcelona and Bayern Munich confirmed.

This is the sixth meeting between the two sides, with Atletico winning the last two meetings between the sides. 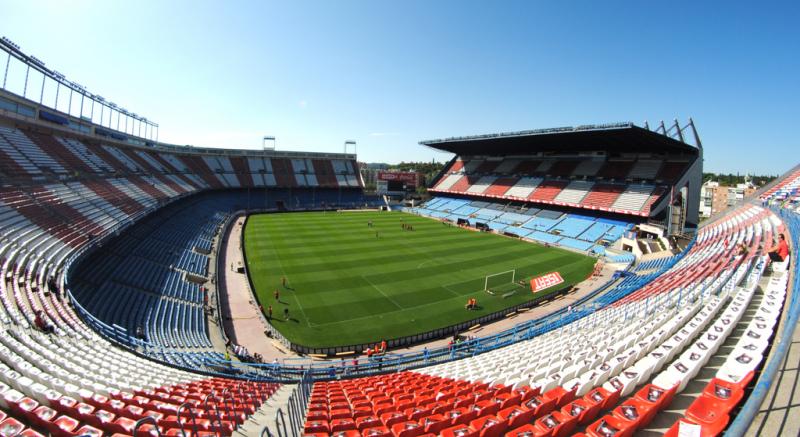 
The German side come into this match on the back of a 1-1 draw at home against Werder Bremen.

They got off to the perfect start, with Volland opening the scoring for the hosts in the 7th minute.

Claudio Pizarro (79) equalised for the visitors late in the second half, with just 11 minutes of normal time remaining.

To add insult to injury Wendell was sent off in the 90th minute, it was a mixed result for the home side.

Leverkusen come into the match in poor form, having lost three successive matches prior to that draw.

They have won two during that sequence but that was prior to the first leg of this tie, with wins against Augsburg and Frankfurt.

Since that defeat they have suffered two losses, including a heavy 6-2 loss against Dortmund and the recent draw.

It will take a Herculean effort to overturn the 4-2 deficit, with a 3-0 win their only hope of progression.

The Germans go into this match as the underdogs, with their first leg defeat informing the bookies.

They will be looking to register their second win in the competition, with a place in the Quarter-Finals at stake.

Bayer will be looking to draw on last seasons 1-0 win, their only win against the Spaniards in five attempts.